Ombudsman halts all Investigation into VROMI on (OTB) 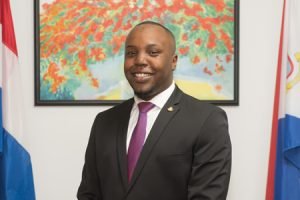 The Minster of Public Housing, Spatial Planning, Environment, and Infrastructure (VROMI), Mr. Egbert J. Doran, received notice from the ombudsman that she will pay no further part in investigating the process used to re-allocate parcels of land in the Over The Bank (OTB) location which is mandated by the National Ordinance Ombudsman.

The Ombudsman further acknowledges that The National Ordinance Ombudsman made it clear that the Ombudsman is not authorized to initiate or to continue an investigation into the conduct of the Minister if an administrative, civil, or criminal procedure is in process; or an administrative decision was taken. The Cabinet of the Minister informed the Ombudsman by email dated 28 July 2022, that the government had filed a regular court procedure (‘bodemzaak’) on 26 July regarding the issuance of long lease rights in OTB. In an earlier summary proceedings, the court froze all OTB long lease decisions by a court verdict of 28 January 2022.

As a result, there were no conclusion or recommendations provided by the Ombudsman. The file was closed by means of a notice of termination (NOT).

The findings of the investigation conducted by the Ombudsman revealed, the lack of policy has given successive Ministers of VROMI the right to use their own discretion on how public domain has in the past and is currently being distributed amongst the applicants. By not codifying the process for the allocation of domain land into an actual policy, reduces the accountability, transparency and objectivity of the processes or procedures used by the Ministry or Minister of VROMI when awarding public domain. This has been confirmed in the recent ruling of the court as well.

The findings of the investigation further reveal that there is a lack of continuity when there is a change in government, on the allocation of domain land.

As per article 23 of the National Ordinance Ombudsman, the Parliament has been duly provided with a copy of the notification of termination.
###

The absence of data hinders sound decisions by Gov.

Grave concerns over VROMI Ministry and its functioning