Is this new VROMI project re-inventing the wheel?

There was a time when St. Maarten was in a much better financial position with a growing economy and doing really good. The political leaders were at the time making government top heavy hiring lots of workers renting properties for government administration from family at a high price and setting the standard for property rentals slipping out of hand. Rental fees became so high and only a certain sector of the community were benefiting and they did not want the government cutting out these rentals fees even after they had built a new government building.

Government owned land were given out to the politicians, their families and close associates, while the few projects that were initiated were obviously producing kickbacks for the same politicians. It was a vicious circle of self-enrichment that did not allow government to earn enough to build up its social structure for its citizens and visitors to experience. Therefore, when you survey who owns most of the properties on the Island, it’s easy to tell who owns the real-estate and making the most money.  While the economy of the Island was doing well, the physical infrastructure was lagging behind and never been able to catch up. No proper road network, no preservation of the environment, no zoning and proper layout of domain properties; not enough affordable housing for its citizens, no proper management of waist production, to the point that the heavy influx of business and tourism activities became too much for the Island to carry in an organized way. 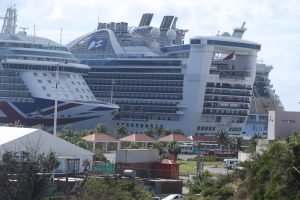 Everything was set up for companies to make money and not enough was done for government to fairly benefit from the amount of business activities on the island to maintain and improve its road network and overall environment that speaks loudly of where our interest lies. Keep in mind at that time the port was developed to accommodate mass tourism for visiting large tourist ships. Its cargo port developed to handle an enormous amount of container business. And the Airport leaped to establish a major hub for the region and built a state of the art airport facility that was ahead of all Caribbean destinations. 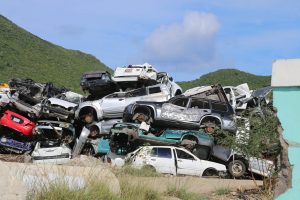 Not enough attention was paid to the environment and road networks to accommodate the growth so we ended up with inadequate roads to handle the traffic, a lot of round about projects that were not conducive to large trailer trucks and huge tour busses making the rounds easily and safely; the importation of thousands of cars annually to service rental car businesses and dealers stocking up making it easy for persons to buy or lease cars created huge traffic jams while there were no environmental fees levied for government to manage the amount of wrecks that will be produced after the life of these vehicles. 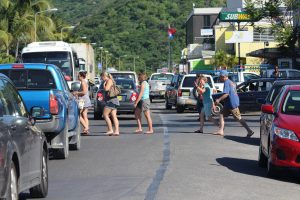 Crawling congested traffic has contributed to extreme situations with tour busses unable to get to their destination on time which have negatively affected the image of the Island’s experience. Addressing these simple and easily financed projects should be priorities at this time for when the Island come back to its full service in tourism which is the life blood of this economy. 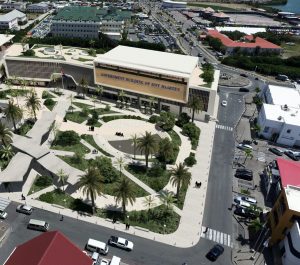 Now it seems the VROMI Minister is going in the same vein announcing a major development project in Philipsburg citing affordable Housing; which raises the question of how affordable would these houses be in an already expensive Philipsburg commercial area; a new government Building: do we need another? a Parliament building, parking and greenery which of course is necessary; but the logic of this project does not suggest the minister is in the right frame of mind when addressing what is sustainable and vital for our domain and urban development.

Looks like we are seeing the same mistakes being made by previous political figures proposing huge projects without taking care of the basic infrastructure that expose how far behind we are with organizing our 16 square miles.

The protest that remove border control What you need to know about Covid-19 updates on SXM.