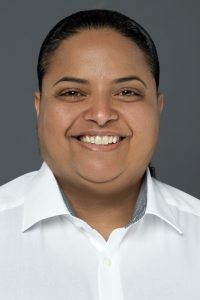 In a press statement issued at the weekend, Party for Progress (PFP) leader and Member of Parliament (MP) Melissa Gumbs on Friday submitted a proposal to Parliament that recommends the body end its membership to the Latin American Parliament (Parlatino).

The MP stated that “Parliament, and by extension the country and people of Sint Maarten, spend US $30,000 in annual membership fees plus a travel budget of NAf. 497,700 per year. She cited that after nearly 11 years as a member, there has not been a measurable return on this investment with regards to collaborative opportunities with other Parlatino member countries.” The MP calls the spending “an extreme waste” of our limited resources, and think it would be better served if we focus our efforts closer to home; namely, with countries and territories in the Dutch Caribbean and with the other islands in the Northeastern Caribbean, where we share stronger and more pervasive cultural, social, economic, legal and family ties.”

Although Parliament is considering slashing the Parlatino travel budget in half by limiting the number of MPs that could attend sessions, MP Gumbs believes that the country should instead use these funds to make strategic attempts at developing diplomatic relationships within the region.

“Parliament could also use these resources to host more consultative meetings between the Parliaments of Sint Maarten, Aruba and Curacao. This was a suggestion expressed at the last (IPKO) meetings. As Dutch Caribbean countries we have shared challenges and each country has its own strengths, weaknesses and opportunities, but we also face similar threats, such as climate change, ever-shifting financial regulations, and human rights crises in our own lands.

MP Gumbs also noted that Parliament would be better served by joining the parliamentary assemblies of the Caribbean Community (CARICOM) and the Organization of Eastern Caribbean States (OECS). However, for this to happen, the Government of Sint Maarten would first have to sign on the country to become an associate member of these bodies.

MP Gumbs urges the government to clarify its status and position on pursuing these connections.

The avenues outlined in this proposal can be considered the ‘tip of the iceberg’ when considering expanding our relationships closer to home. St. Barths, St. Kitts and Nevis, and Anguilla are also potential doorways that we will be able to access if we take the approach outlined she concluded in part.