Biting the Hand that feeds you. 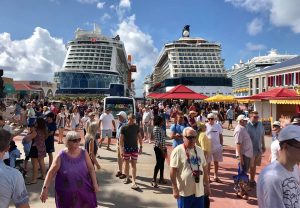 Some Politicians on the Island have been taking advantage of the Cow that feeds milk to the people who deserve to survive from the development in their country. We can see it repeating itself time and time again. Let’s take a look at the Harbor on the Dutch Side. When the Democratic Party was at its peak and St. Maarten was making lots of money its leadership will carry out lots of projects like upgrading Philipsburg, the building of the Board walk. The expansion of the Simpson Bay Bridge and the construction of the New Cause Way Bridge all of these projects were only possible because of the amount of revenues the harbor was able to generate. But on the backs of all these projects the players either used companies that they are directly or indirectly involve with, our have set up for themselves to get kickbacks when there should have been a transparent bidding process where the outcome should have been purely to benefit the people getting Jobs and the government getting in taxes to build decent roads schools and an infrastructure that the country could be proud of. Instead we see corruption begin taking hold of those in charge where millions were stolen because the original set up was no longer in power. The new politicians and the Port Management got involved with massive fraud that led to their downfall. 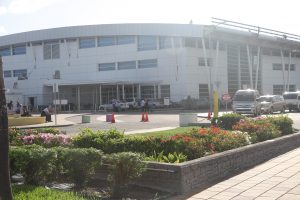 The Airport as well saw massive corruption and self-enrichment schemes which now came to light after an attempt to get rid of the New CEO who have gained access to much irregularities where Airport Supervisory Board Members, Politicians and their close associates were involved in setting up exuberant companies inflating price tags for work and services done so they can bank huge profits while drying up the Cash Cow so it couldn’t help itself even after a crisis. 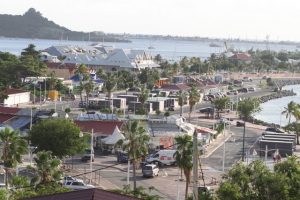 The French Side Government is seeing much of the same wave where Politicians are involve in setting up bogus companies manipulating bids so their company can get all the work and are now facing litigation in court that may very well land them in jail because all they are thinking, they can be clever enough to steal from the people and get rich over night because the power is in their hands to do so. The French Side is forcing political figures entering government to declare so they can trace what they have after leaving government; although this doesn’t stop them, at least they can be measured to determine if they got what they have from being in government. The Dutch Side government on the other hand seem to have gotten away to some extent with such practice with some Politicians losing out, having been stripped of their power and can no longer be in politics while the others are living in hope that the court system can bail them out of what they are blinded of and can’t see their wrong because of greed.

The French Side is part of the State of the Republic of France while the Dutch side is part of the sovereign state often called The Kingdom of the Netherlands. That however, does not give the Island the same kind of status that most of the Caribbean countries enjoys; their independence sets them apart, and on equal footing with the biggest countries on the level of the United Nations. We on the other hand remain very much dependent on France and The Netherlands for our survival and when politicians are not busy establishing this independent mindset among our people, they seem rather busy engaging in self-enrichment schemes which, sooner or later will get them into trouble. In a general sense, such practices from some of our elected officials are viewed as biting the hand of the Island that feeds them; while the reigns are kept in the hands of the colonial French & Dutch European Powers keeping us as an Island people subdued.

New Prefect Delegate Installed for French Side. My opinion on Government Priorities for 2021.

My opinion on Government Priorities for 2021.