This editorial article looks at the current standing of MPs and Ministers running their parties for the January 2020 snap election. How the votes will share. From the perspective of Journalist/Talk show Host & cmoorejournal.com Editor Wendell Moore. 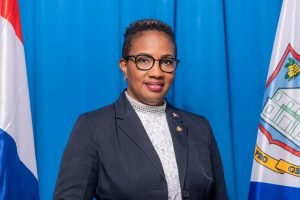 The Leader of the NA and Interim Prime Minister Sylveria Jacobs is believed to be a winner because of the way she handled decisions related to the uprising on the northern side of the Island. The prompt signing of the loan agreement for the reconstruction of the airport and the way she handled the Ambulance and Fire surprise protest action. This could help her tremendously in the polls. Her list of candidates’ looks reputable enough to secure (6) seats outright. 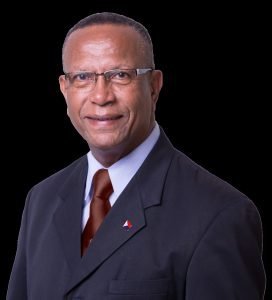 The Christian Party Leader Wycliffe Smith is considered a loser for not having much of an anticipated impact as Minister and even after the fall of the Leona Marlin Cabinet, has not cemented himself and his party as a force to recon with. To many he fall short of what was expected of him and that will hurt his Party at the polls. The party may still manage to hold on to their (1) seat despite a possible loss of support.

Leader of the US Party MP Frans Richardson stand to lose here. His legal troubles are sure to hurt his numbers this election.  He is surrounded by trust issues and sure to lose votes having lost Rolando Bryson who was a close second on his list for the amount of votes received last election.  His party however still looks good enough to secure (1) seat.

The United Democrats leader MP Wescot Williams left question marks in the minds of a large number of voters as to what she has to show for the length of time she has been in active politics. Some are now thinking it’s time for her to step back. The question is, will that hurt her at the polls? That looks to be a problem for her since she doesn’t represent the change most people are looking for in government. Wescot has not been in the lead with votes on the last two lists on which she ran. Both the DP and the United Democrats. Her numbers has been on the decline and seem set to continue sliding in votes. However with 4 former Ministers on her list it could put her party in a position to secure (2) seats. 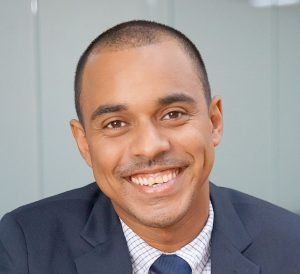 The new leader of The United People’s Party (UP) Mr. Rolando Bryson seem set to be a winner by his move from the US Party to the top of the UP Ticket. But do the voters believe he is actually in charge of the party? Everyone knows the party founder and former leader Theodore Heyliger (who has been the most popular politician in St. Maarten politics) is not running for office, but his wife is on the ticket for the first time and many believe she would be the rudder to steer the party in the founder’s direction. The new leader Bryson is popular among younger voters but only if the strategy of having him head the list works, will it be a winning formula for the party. It is believed the loyal supporters of former MP Heyliger will support his wife Grisha Heyliger. Bryson must get more votes than Grisha Heyliger if he is to consider himself a winner as leader of the party. With the party fielding a full slate of candidates and with their usual aggressive campaign, they have the possibility still of securing (3) seats.

The remaining (2) two seats will either be residual seats or go to the best performing party of the (PFP) or the (PPA). Of course over the remaining two weeks of campaigning things can change but until the parties published their manifesto, swing voters won’t know what their plans are and up to now, remained undecided.

One Suspect arrested after house search How did this Happened? The Candidate tells his Story

What ever happened to Prime Minister Romeo Marlin