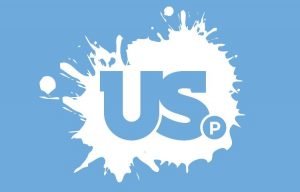 The board of the United St. Maarten (US) party in a press statement, has called on Chairperson of Parliament MP Rolando Brison to resign immediately as President of Parliament and not to further shame and embarrass the country. The board also called on all factions in Parliament to show the people of St. Maarten that their highest body stands for integrity and end the soap opera antics of MP Brison and the consequences which St. Maarten suffers.

“Enough is enough,” the board said on the heels of a video that has circulated all over the world of Brison denigrating MP Grisha Heyliger-Marten, boldly talking about deals with just certain people in the National Alliance, his coalition partner, dismissing Parliament’s instructions to Minister of VROMI Egbert Doran by stating that the Minister will grant the land at Over The Bank anyway, and “very disturbingly” referring to permits as if they are on sale with the coalition.

“The President of Parliament has added legitimacy to every negative thing the Dutch and others have to say or assume about politicians on St. Maarten, while we know all should not be painted with the same brush. His actions as the Chairperson of our highest governing body is unacceptable, lacks integrity, irresponsible and callous,” the USP board said, adding that the fact that MP Brison has allegedly dismissed the recording as a “moment of anger”, speaks volumes to his character.

The board further questioned how much more of MP Brison’s antics will the current government tolerate. “This government and to an extent this Parliament, seems to be comfortable with apologies. MP Brison interferes with controllers doing their jobs, he skips IPKO to attend club parties with celebrities, he contacts Coharis Law Groups on his own putting members of Parliament in compromising positions, he circumvents the country’s pandemic protocols so that friends in the night life sector can operate and on and on.”

“When do integrity and the reputation of the country and our governing bodies trump apologies?  These things have become habitual for MP Brison because nobody holds him accountable. An apology or some flimsy explanation this time should not suffice. The words were uttered from his mouth. MP Brison should resign as President of Parliament immediately and the United People (UP) party has to decide if that’s the kind of representation the people of St. Maarten deserves and the party wants to represent,” the US board concluded.