SXM Cautious about opening up to USA Update… 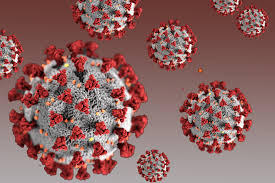 Island hit with second wave of COVID cases. During the early stages of July a well-placed source on the French Side has revealed that the state representative of France has intentions of closing the border between French and Dutch St. Maarten if the authorities on the Dutch part decides to irresponsibly open its borders to flights out of America. The United States at this moment has the worst record of Coronavirus in the entire world and in some states new cases are spiking rapidly every day.

St. Maarten is dependent on Tourism for its economy to recover. The Tourism Minister Ludmila de Weever promised that the Island was planning on opening to flights out of the USA by July 01st 2020. Shortly after the announcement, it was changed to July 15th and the next tentative date is now set for August 01st 2020. This seem to be more of a precautionary approach and in consultation with the French side authorities.

If the Island is to successfully open up after COVID-19, it would have to be jointly agreed on by both French and Dutch authorities opening to the USA to avoid further confusion between the two sides that can hamper the unity and usual unique experience associated with the island if the borer has to be closed.

Now the French authorities publicly announced in a press briefing Monday July 27,  that the Prefete Deleguee Sylvie Feucher is confirming she will close the border if the Dutch authorities open the country to flights out of the USA on August 01st 2020 as planned. Her decision came on the back of 37 new COVID-19 cases recorded on the Dutch side which is the second wave of COVID-19 cases that hit the Island after partially opening to repatriation flights that brought the virus back.

The Prime Minister and her Council of Ministers are yet to say if there will be changes to the planned opening of the Airport to American flights on August first, in the wake of the second wave spiking, and the threats of Prefete Feucher that the border will be closed if the airport is to open on said date.

Lack of interest in taking vaccine could result in waste