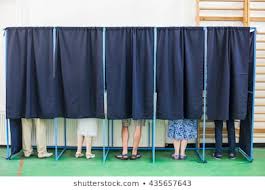 The Public prosecutor’s office issued a cautionary statement to the voting public and politicians reminding all about the law of vote buying and selling. The prosecutor’s office cautioned citizens about the illegal practice of selling one’s vote and considered such habit as breaking the Law. The press statements reads:

How one UP candidate intends to get elected into Parliament. Agreement signed between NA/UP to form next Government