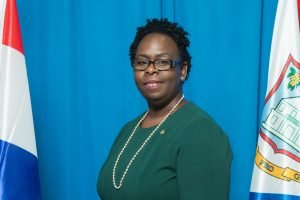 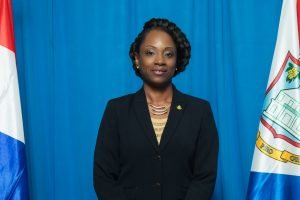 On Thursday November 28th two incoming Ministers took the oath of office at the Governor’s mansion and was sworn in as ministers in the Silveria Jacobs cabinet by his Excellency drs. Eugene B. Holiday.

The two new Ministers joining the Sylveria Jacobs Cabinet makes it seven of the eight Ministers required to complete the Ministerial posts. The other members of the Council of Ministers are Silveria Jacobs Prime Minister in charge if General Affairs, Christopher Wever as Minister of VROMI, Ardwell Irion Minister of Finance and holding on as Minister of Education Culture Youth and Sports, and Egbert Jurendy Doran as Minister of Justice. This COM will be inplace until the January 09th Parliamentary Elections.

American Airlines and Jet Blue to SXM from FL.?