COVID-19 Updates passes 100 on both sides 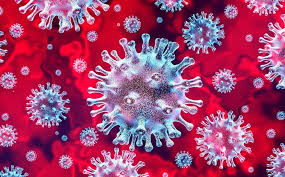 The Dutch Side has already started ramping up their hunt for cases by going into the districts and reaching out to members of the community with mild or severe symptoms to have them tested. We have also learned the French side is employing the same tactic by targeting some districts to encourage persons with symptoms to get tested. The general behavior of citizens seem to be showing little interest in taking the spread seriously by not observing social distancing enough to begin looking at coming out of this situation fast enough.

By Tuesday the 28th April the French President Emmanuel Macron will address all territories of the French Republic on how he plans to get out of this lock down stage and getting them ready for reopening. The Prime Minister of the Dutch side of St. Maarten Silveria Jacobs in her regular daily address, is expressing disappointment with some persons who seem to ignore up holding social distancing and plans to penalize violators severely. This came after some erratic behavior of citizens in some districts involving Carnival Jouvert jump up after Carnival was canceled due to the coronavirus. She now believes this kind of behavior can only lead to the lock down been further extended.

King Willem Alexander shows interest in the impact of COVID-19