Curacao’s back-up goalkeeper tragically died after suffering a heart attack before his country’s match with Haiti. 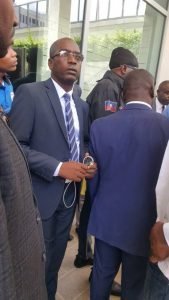 Haiti’s sports minister, Edwing Charles, confirmed that Jairzinho Pieter died on Monday following a cardiac arrest in the Curacao team hotel. On his Twitter page he wrote: “As Minister of Youth, Sports and Civic Action, I am at the Marriott Hotel to accompany the Haitian Football Federation in the case concerning the death of a player from the Curacao Selection, Jairzinho Pieter, who has fallen victim of a heart attack.”

The match on Tuesday is still going ahead despite the unexpected death of the Curacao player with the squad, said to be eager to play as a tribute to their late team-mate.

A statement from the Confederation of North, Central American and Caribbean Association Football (CONCACAF) said: “CONCACAF is deeply saddened by the passing of the Curacao National Team goalkeeper Jairzinho Pieter, who passed away at the age of 31.

“Jairzinho died on Monday morning in Port-au-Prince at the hotel in which the Curacao team are staying ahead of their CONCACAF Nations League match against Haiti.

“The thoughts and prayers of our CONCACAF family are with his loved ones, the Curacao Football Federation and his team at this difficult time.

Reports are that his body remained in Port-au-Prince and will be flown to Curacao at the weekend. He is scheduled to be buried in Curacao Monday.
###