Ricky Skerritt has beaten Dave Cameron to become the new President of Cricket West Indies Sunday. “I am humbled and deeply honored to have been elected as President. We pledge to work for improvement on and off the field for West Indies Cricket,” Skerritt was quoted as saying in a brief statement by CWI. 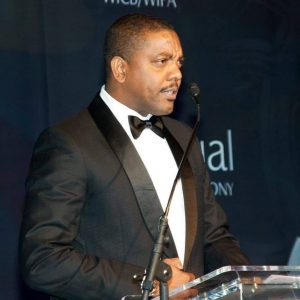 Former President and Vice President of Cricket West Indies, Dave Cameron and Emmanuel Nanthan on Cameron’s Face Book page said they wish to thank the team of people who supported them throughout their three-term tenure from 2013 to 2019.

Cameron went on to say, he was glad to be able to serve and proud of his achievements. But, Cameron himself has been widely criticized for bringing down WI Cricket by the way his administration run the one time cricket empire. “We are happy he said, that we left 123 players under contract. West Indies Cricket now has a home owned by the board at Coolidge Cricket Grounds. The world championships and bringing back the Wisden Trophy are also other achievements that we are proud of. More than anything else we have a fit youthful team that is prepared to face the world” says Cameron.

For Mr. Cameron, West Indies Cricket was all about the administration and not the players. Vivian Richards at one time pointed out that this was the mistake the West Indies board was making all the time. Recently Former WI Captain Daren Sammy also said Cameron could not take credit for any success and achievements made by the player’s commitment and hard work to make things happen.

Cameron went on to say, “Under this team we made significant strides and you trusted us to safeguard the region’s most valuable asset. The tenure was rewarding and full of challenges and we feel proud we have managed to take the cricket to this level”. Mr. Cameron needs to explain what he means by (To this Level)? Does he mean at the bottom of world cricket? This is not anything that Cameron should be proud of; because if he is, he either don’t know the legacy of WI Cricket, or certainly don’t know anything about the game of Cricket. Cameron has served the regional body for 17 years, while Nanthan has 15 years.

For many in the region however, they are happy Cameron is gone and there is hope that some of his close associates and loyalists will be removed from key positions in management. They have been making poor decisions and punishing players for being outspoken and as a result, jeopardizing the chance of WI moving back to the top of the table. The support of the game in the Caribbean has also suffered.

The Administration is now in the hands of Mr Ricky Skerritt, the former manager of the Windies team, who has been appointed the president of Cricket West Indies (CWI), in an announcement made on Sunday (March 24). He ended the six-year reign of Dave Cameron, by beating the incumbent 8-4 in an election conducted through a secret ballot on Sunday.