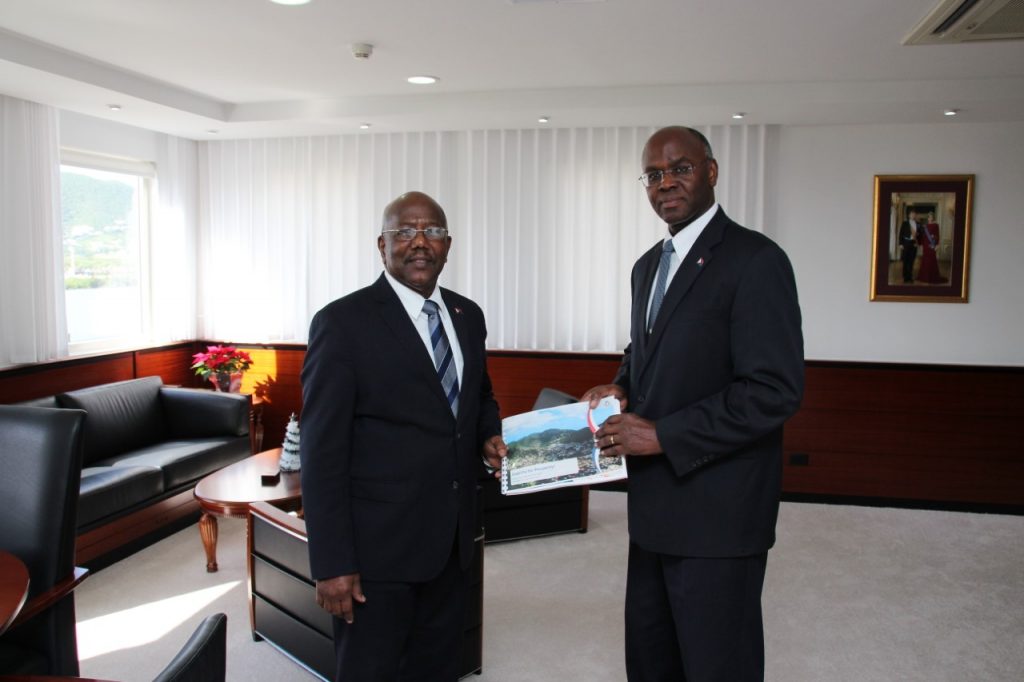 It looks like finally St. Maarten will have a government in place before the start of the New Year 2017, after having parliamentary elections since September 26th 2016. On Friday December 16th, 2016, His Excellency the Governor of Sint Maarten, drs. E.B. Holiday, was handed the final report by formateur W. Marlin, which includes the Governing Program for 2016 to 2020.

The governing program titled Stability for Prosperity should spell out how the Government wish to move forward accomplishing its’ stated goals. The new government plans to give priority to realizing sustainable public finances, to realizing waste management solutions, to further improving the access to health care and the quality of health care, and to securing the safety and security on Sint Maarten.

The formateur William Marlin accepted the commission to form a new government that is supported by a majority in Parliament comprising of the NA-fraction, the USP-fraction, and the DP-fraction. The report claims that the new government is committed to the promotion of the wellbeing of Sint Maarten.

The Governor has scheduled the appointment and swearing in of the Ministers and Minister Plenipotentiary on Tuesday, December 20th, 10.00 hours, at the Governor’s Office. Following the swearing in ceremony, the Governor and the newly appointed Ministers will then have the constituting meeting at the Government Administration Building on Pond Island.